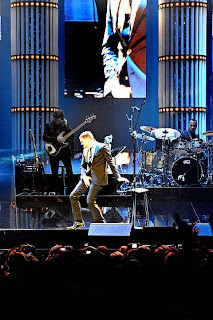 The “Crazy Love” Tour has received the best reviews of Buble’s career.  Following the extraordinary success earlier this year of the the Buble’ penned No. 1 single, “Haven’t Met You,” Michael has just released the catchy new single “Hollywood,” which is on “Michael Buble- Crazy Love- The Hollywood Edition”.

Sings a seemingly bruised, slightly battered and passionate-sounding Michael Bublé at the start of his new collection of songs on “Crazy Love.” The song “Cry Me A River” is a story full of sound and fury – of love gone wrong. Bublé’s performance embodies the very essence of the soul of a man whose heart has been torn apart. A bummer tent of rejection and rage.

Touring in support of his #1 selling release, “Crazy Love,” Michael Bublé has been called “one of the most likeable performers on Earth.”  The “Crazy Love Tour” is Michael’s biggest and most exciting tour to date. His stage show is propelled by a string of smash hits including “Home,” “Everything” and his most recent hit single “Haven’t Met You Yet,” along with Michael’s distinctive interpretations of classics like “Cry Me a River,” “Stardust,” and “You’re Nobody ‘til Somebody Loves You.”