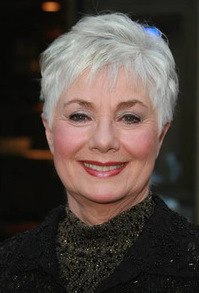 Mt Gretna Theatre
One Night Only
Shirley Jones
An Evening of Stories and Songs
May 21st, 2011  7:30pm
Pre-Season Fundraiser

Academy award-winning actress Shirley Jones will preform May 21st at the Mt. Gretna Playhouse and help Larry’s team fulfill a commitment as well as a key touchstone in the season’s fundraising plans. “Being the gracious star that she is, Ms. Jones kindly came to the rescue,” he says.

Best known today for her starring role in the popular 1970s TV series “The Partridge Family,” Ms. Jones is the only actress put under personal contract to Richard Rogers and Oscar Hammerstein after she wowed them in her first audition. A Pennsylvania native, she starred in their film versions of “Oklahoma” and “Carousel,” as well as “The Music Man,” and appeared in more than a dozen other films including “April Love,” “Elmer Gantry” and “The Courtship of Eddie’s Father.”

Premium seat tickets (for the first nine rows, center) are $95 and include a reception to meet the star after the show. All other regular seats are $50 and may be purchased online at http://www.gretnatheatre.com or by calling 717-964-3627.