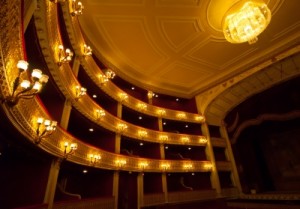 Most recently known for his hosting prowess on The Late Late Show with Craig Ferguson. Craig promises to have you laughing until you weep when he brings his latest road show, Craig Ferguson – Hot and Grumpy: Walking the Earth, to the Whitaker.

This Scot-born American has an impressive list of accomplishments on his side. We all know him for his nine-year stint as host of a late night show, but many may not know that he also is a two time author, screenwriter and star in three of his own films, an Emmy Award nominee and Peabody Award recipient.

From humble beginnings as a construction worker to a nightclub bouncer to musician in various bands and stage actor, Ferguson has certainly done the time to be where he is today.

Book now at 1825 Inn Bed and Breakfast right next to Hershey PA…our complimentary breakfasts are always a hit with guests!