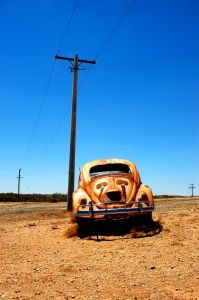 Who knew? In May 1937, the government of Germany (then under the control of Adolf Hitler) formed a new state owned auto company.  Known as Gesellschaft zur Vorbereitung des Deutschen Volkswagens mbH,  It was renamed  a more manageable Volkswagenwerk, or “The People’s Car Company.”

And who knew that the Volkswagen would not only survive but become one of the most popular cars worldwide. Known as a rite of passage for the young, it also remains popular with those waxing nostalgic for that rite…

Volksfest brings together collectors, vendors and those with an appreciation for all things VW. Enjoy static displays, view the best of air and water cooled Volkswagens..awards will be presented for the best in those categories, as well as for best of show overall and worst of show overall.

Food will be available from the Pennsylvania Renaissance Faire Kitchens along with fresh Swashbuckler Ales.

Admission: $1.00 per carload for Spectators, $5.00 per car for Show Field (includes driver and passengers)

Book now at 1825 Inn Bed and Breakfast right next to Hershey PA…plenty of spots to park your VW bug or bus or both!