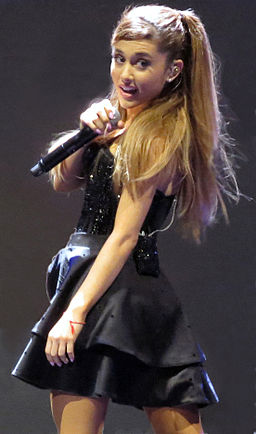 Ms. Grande’s career started with her Broadway appearance in the musical 13. She landed a role on Nickelodeon’s television series, Victorious (2009-2012), then on to a starring role in the spinoff, Sam & Cat which ended in 2014. With the 2011 soundtrack, Music From Victorious, her music career took off. She released two award-winning albums (Yours Truly and My Everything) and  has had numerous chart-topping singles. Among her awards are New Artist of the Year at the 2013 AMA’s (American Music Awards), Best Pop Video at the 2014 MTV Video Music Awards, Best Song and Best Female at the 2014 MTV Europe Music Awards.

At the age of ten, Ariana’s philanthropic bent started with co-founding Kids Who Care (South Florida youth singing group) who perform to raise funds for numerous charities. Since then she has been active in many different charitable causes.

Book now at 1825 Inn Bed and Breakfast right next to Hershey PA…the second round of spring flowers have made their appearance at the Inn and vegetables are now sprouting!