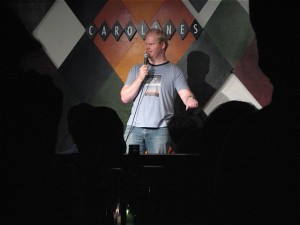 Well known stand up comedian, Jim Gaffigan,  is on his way to Hershey!

Along with the title of comedian comes actor and New York Times Best Selling author..in the early days he appeared in Sierra Mist commercials, was a guest on the David Letterman Show, co-starred with Christine Baranski in the short-lived show, Welcome to New York. His latest effort, The Jim Gaffigan Show, is scheduled to air July 2015 on Comedy Central and TV Land. He will also executive produce the sitcom about a couple raising their five children in a 2-bedroom apartment in New York. Gaffigan produced a series of animated shorts, Pale Force, for Late Night With Conan O’Brien in which he and O’Brien starred as superheroes who fight crime with their very pale skin. His memoir, Dad Is Fat, was published in 2013 and is a compilation of essays on growing up and being a dad. His second book, Food: A Love Story, was released in Fall 2014.

Book now at 1825 Inn Bed and Breakfast right next to Hershey PA…experience peaceful slumber on our comfy beds and microfiber sheets.