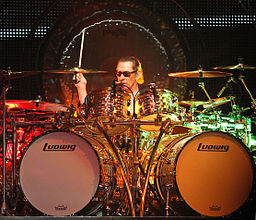 It’s sure to be one hot night in August when Van Halen takes the stage at Hersheypark Stadium with their “Live On Tour” show…special guest will be Kenny Wayne Shepherd Band.

Formed in 1972, in Pasadena, California, Van Halen forever changed the face of rock and roll. From 1974 until 1985, the band consisted of guitarist Eddy Van Halen, vocalist David Lee Roth, drummer Alex Van Halen and bassist Michael Anthony. By the early 80’s, these guys were wildly successful…in fact one of the most popular bands of the time. 1984 was their most successful album, with the single “Jump” being an international hit and the only single of theirs to reach number one on the Billboard Hot 100. They have, however, charted the most number one hits in the history of Billboard’s Mainstream Rock chart and are one of the world’s best-selling bands. The band was inducted into the Rock and Roll Hall of Fame in 2007. Not without their problems, the band changed members over the years with the current lineup being David Lee Roth, Eddie Van Halen, Alex Van Halen and Wolfgang Van Halen (Eddie’s son).

Kenny Wayne Shepherd began his recording career at the early age of 16..known for his guitar skills and leaning heavily on the blues, he has made an impressive name for himself and his band. Kenny’s latest album, “Goin’ Home” was released in May 2014.

Book now at 1825 Inn Bed and Breakfast right next to Hershey PA…where a stroll through our gardens will surely relax you.