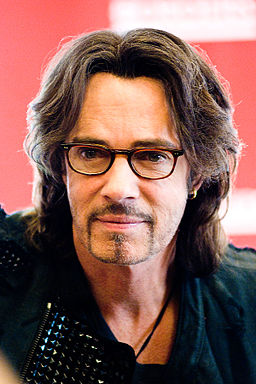 The former member of Zoot, a native of Sydney, Australia moved on to bigger things when he came to America in the early 1970’s….singer, songwriter, actor and author. He has acted in a cartoon series, as Dr. Noah Drake in General Hospital to a role in the highly successful Californication. His latest foray into the world of acting is starring with Meryl Streep in Ricki and the Flash…now in theaters. His Late, Late at Night: A Memoir was released in 2010 and peaked at 13 on The New York Times Best Seller list. His latest, Magnificent Vibrations is now in bookstores…check Rick’s website for his book signing tour.

Most notable of his hits, Jessie’s Girl, is still going strong and ever popular and won him a Grammy in 1981 for Best Male Rock Vocal. Among his other recordings are I’ve Done Everything For You, Don’t Talk to Strangers, and Love Somebody.

More information about Rick, his music, tours and book can be found on his official website.

Book now at 1825 Inn Bed and Breakfast right next to Hershey PA….next to the Sweetest Place on Earth!