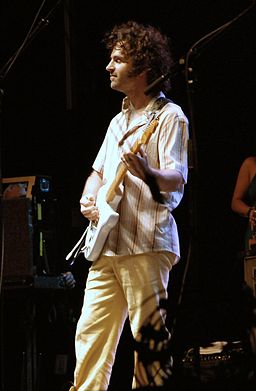 Dweezil has dedicated himself to keeping his father’s sound alive and plays with a group of talented musicians to do just that..on board with Dweezil Zappa are Scheila Gonzales, Ryan Brown, Ben Thomas, Chris Norton, and Kurt Morgan. Dweezil Zappa says, “We are the conduit for people to hear Frank’s music; we really want the music to go into the future being known for what it is.”

An accomplished musician, composer and actor in his own right, Dweezil has been playing since an early age and released his first album at the age of twelve. He has had a varied career..an MTV VJ, played lead guitar in The Fat Boys “Wipe Out”, appeared in the music video for Don Johnson’s top 40 hit “Heartbeat”. Also, acting in the Arnold Swarzenegger film “The Running Man” and a cameo in the iconic film, “Pretty In Pink”.