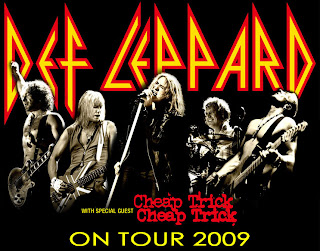 Has Now Been Canceled

The tour highlights three decades of music from one of rock ‘n’ roll’s greatest bands. With combined sales of 80 Million albums worldwide, fans will be treated to hits like “Photograph,” “Rock Of Ages,” “C’mon C’mon,” “Pour Some Sugar On Me,” “Foolin’,” “Bringin’ On The Heartbreak,” “Nine Lives,” as well as Cheap Trick classics “I Want You To Want Me” and “Surrender.”