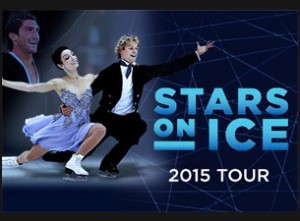 By the middle of March we’re sure you will be ready to beat the midwinter doldrums and what better way than to catch the 2015 Stars On Ice Show!

This years show is “Dancing For Joy”…and what a joy it will be to see such stellar talent bring it all to life.  Two of the most exciting stars will be 2014 Olympic Ice Dance gold medalists Meryl Davis and Charlie White, who mesmerized fans around the world with their near perfect performances.

Book now at 1825 Inn Bed and Breakfast right next to Hershey PA..chase away those winter blues with a stay at our cozy Inn